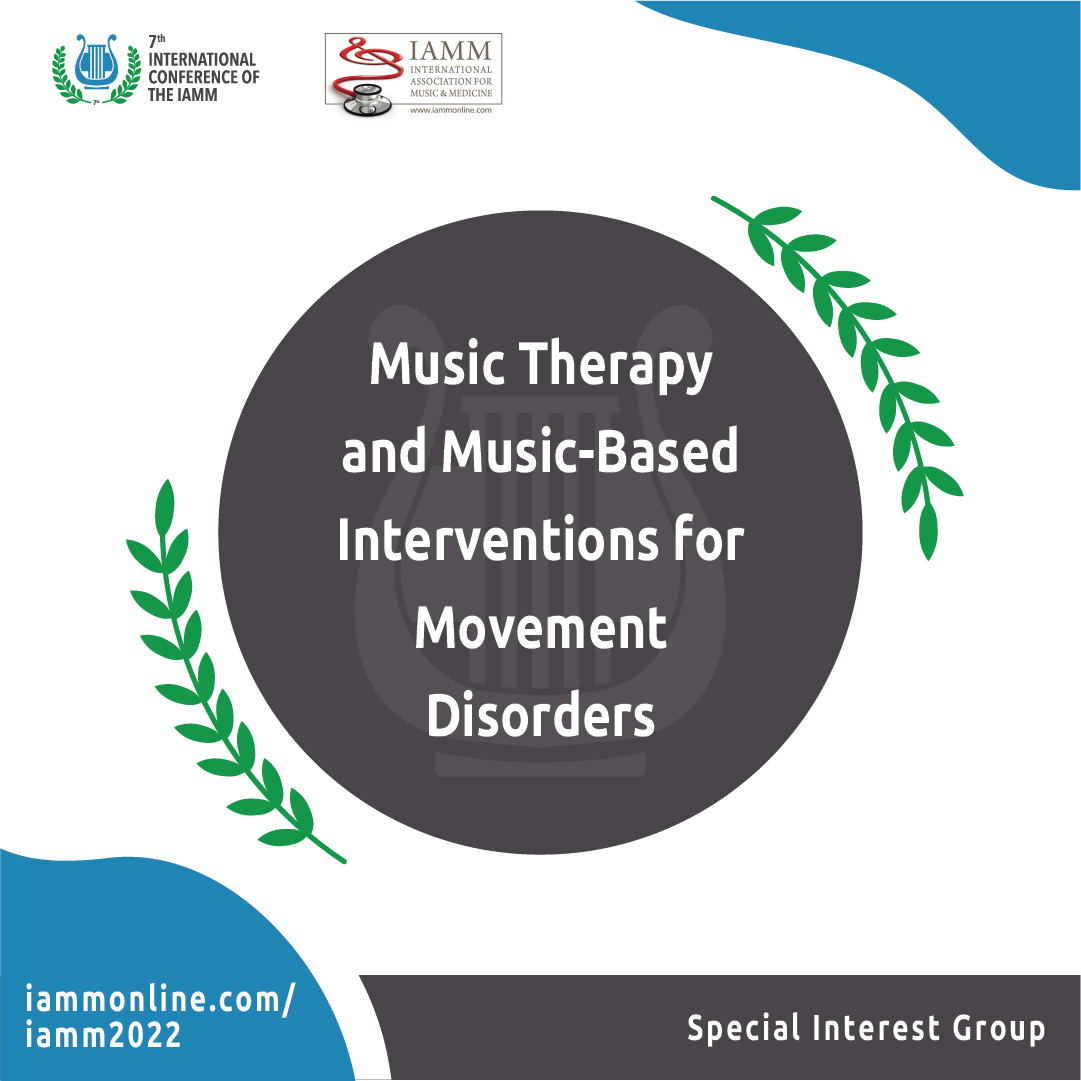 This Special Interest Group (SIG) will build on its IAMM 2020 experience and focus on updates music therapy and other music and rhythm-based interventions for movement disorders--a field that has moved forward rapidly in the past several years. The SIG will synthesize evidence from clinical studies on rhythmic auditory stimulation, therapeutic music performance, singing and dance for PD, and other types of neurologic music therapy and music medicine. The SIG will develop a plenary session on this topic at the 2022 IAMM conference that will include multidisciplinary participation from international leaders in the field of neurologic music therapy and researchers on music and rhythm-based interventions. The expected outcome of this SIG is the creation of a white paper, based on up-to-date evidence from existing studies coupled with expert opinion from leaders in the field. 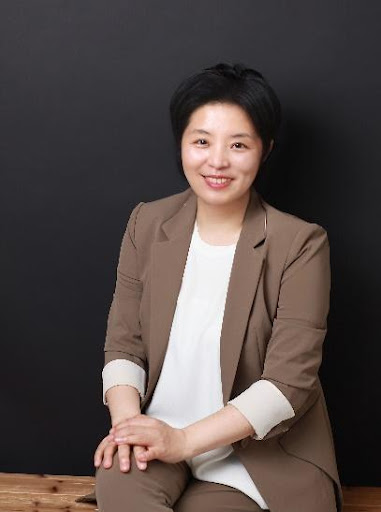 Soo Ji Kim, Ph.D., MT-BC, KCMT, is professor and director of music therapy education;  associate dean of Graduate School of Education; director of the Arts Education & Therapy Institute; and Ewha Music Rehabilitation Center at Ewha Womans University. She received her doctoral degree in music therapy from the University of Kansas. Kim has many years of expertise in the area of music therapy in neurorehabilitation and cognitive aging, with recent research focused on developing evidence-based music therapy protocols in neurorehabilitation and strategic use of music in delaying cognitive decline. She currently serves as chief editor of Journal of Music and Human Behavior, and has served as the vice president of National Association of Korean Music Therapists from 2009 to 2020. Kim has published her research in SCI and SSCI journals and has presented at both national and international music therapy, gerontology, and medical conferences. 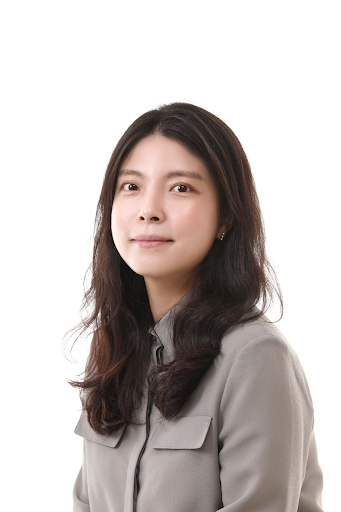 Kyurim Kang, Ph.D., MT-BC, NMT, is a postdoctoral fellow at the Johns Hopkins Center for Music and Medicine. She is also a certified Neurologic Music Therapist. She earned her Ph.D. in Music and Health Science / Collaborative Program In Neuroscience (CPIN) at the University of Toronto in 2021. Dr. Kang has conducted basic research using electroencephalography (EEG) to investigate the neural mechanisms of socio-emotional responses in children with disabilities during music therapy sessions. She has also carried out clinical intervention research to investigate the effectiveness of neurologic music therapy techniques. Her research goal is to bridge the gap between scientific evidence-based music research and clinical practices. She has been also working with diverse clinical populations in the U.S. and in South Korea. 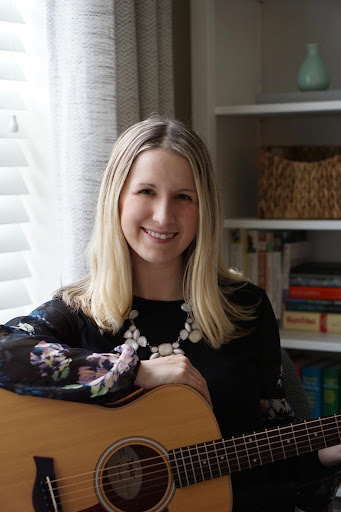 Kerry Devlin, MMT, LPMT, MT-BC (she/her) is senior music therapist at the Johns Hopkins Center for Music & Medicine. She is adjunct faculty at Shenandoah University and is currently a Ph.D. researcher in the Doctoral Programme in Music Therapy at Aalborg University in Denmark. As a disabled clinician, Kerry understands the unique experience of moving through the healthcare system as both a patient and a provider. She is passionate about disability justice and affirming the lived experience of therapy participants through co-constructed music experiences. Her research interests include exploring the impact of clinician perspective on therapy delivery, narrative storytelling that amplifies the lived experience of music therapists and therapy participants, and the education and training of music therapy students. Kerry’s research has been published in the Nordic Journal of Music Therapy, Music Therapy Perspectives, and Current Neurology and Neuroscience Reports. 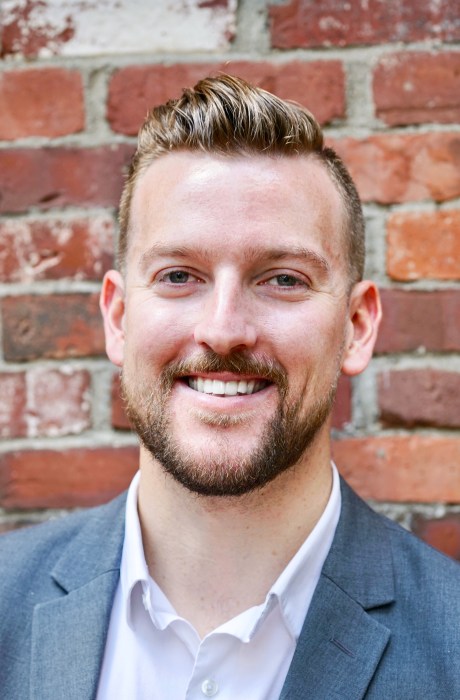 Brian Harris is the Co-Founder and CEO of MedRhythms. He is a board-certified music therapist and a Neurologic Music Therapist Fellow. Brian’s clinical work is focused at Spaulding Rehabilitation Hospital in Boston, USA where he created and implemented their first inpatient full time Neurologic Music Therapy program, and built this program to be the most comprehensive NMT program in the country.  Brian is also the Co-Founder of the Arts & Neuroscience group at the American Congress of Rehabilitation Medicine and sits on the Advisory Council of the Academy of Neurologic Music Therapy. He has been an invited speaker at venues throughout the world including Harvard Medical School, Stanford University, and The Neurology Foundation of India.  Brian is an author on multiple publications related to music and rehabilitation and is listed as an inventor on several patents.  His work has also been featured in Forbes, The Huffington Post, and Rolling Stone. 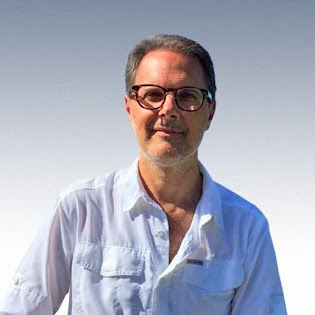 Dr. Alfredo Raglio is a music therapist and researcher that has received an academic musical and music therapy education. Also, he has obtained a PhD in Biomedical Sciences at the University of Ferrara (Department of Biomedical and Specialistic Surgical Sciences, Section of Neurological Clinic). Dr. Raglio carryes out clinical and research activities at the Istituti Clinici Scientifici Maugeri IRCCS (Pavia, Italy) where he is the Chief of the Music Therapy Research Laboratory and at the Cremonesini Foundation (Pontevico, Brescia, Italy). Dr. Raglio coordinates the Master in Music Therapy at the Department of Public Health, Experimental and Forensic Medicine of the University of Pavia; also, he is a Contract Professor at the University of Milan (Italy). He is the author of many monographs and scientific articles on peer-reviewed journals (H index 15) in the field of music therapy. 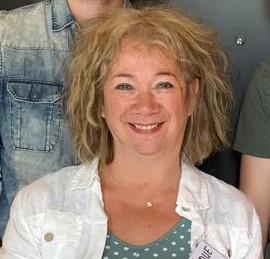 The Hague, The Netherlands

Monique van Bruggen-Rufi (Netherlands) graduated as a music therapist in 2006 after a 20-year-long career as surgical nurse and physician’s assistant. Next, she was trained by Henk Smeijsters and earned her Master’s degree in Music Therapy in 2010.

In 2012 she started as a PhD-candidate at the Leiden University Medical Center in Leiden with Prof. Dr. Raymund Roos, Head of the Neurology Dept., specialized in Huntington’s Disease and other movement disorders. She earned her PhD in 2017.

Monique is a lecturer at the Bachelor and Master program at the ArtEZ University of the Arts, Music Therapy department in Enschede NL. She is a clinician, working as a music therapist with cognitive impaired, traumatized adolescents, as well as with elderly suffering from dementia and psychiatric disorders. She also works with traumatized elderly from the former Dutch Indies  She is a senior researcher at a clinic for people suffering from Korsakov’s syndrome.

Click on the images to read more about the participants.