7th International Conference of the IAMM

in Athens, Greece, and online 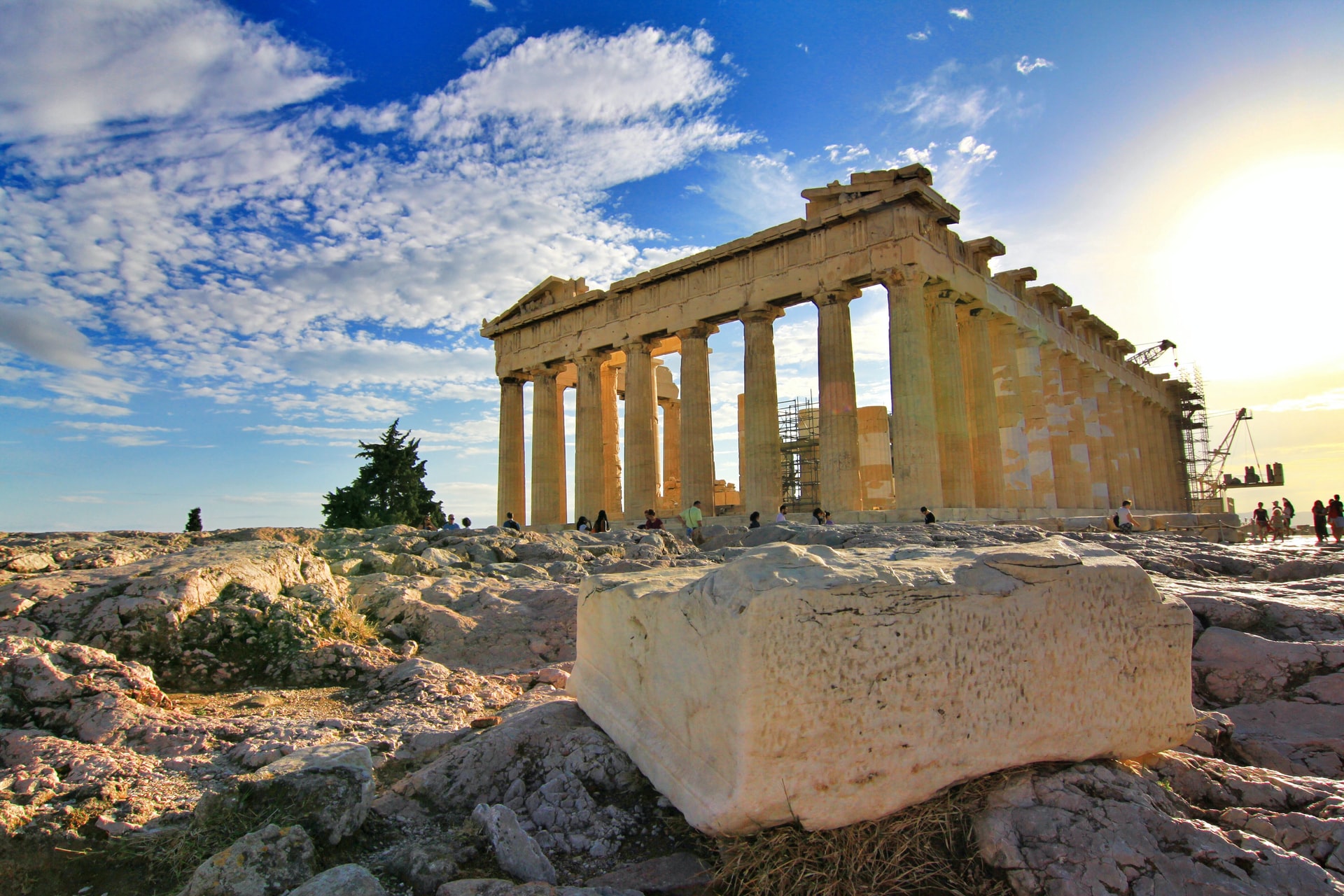 Photo by Patrick on Unsplash

All conference events were recorded and are available for registrants for 2 years. More information on how to purchase access to this content upcoming! 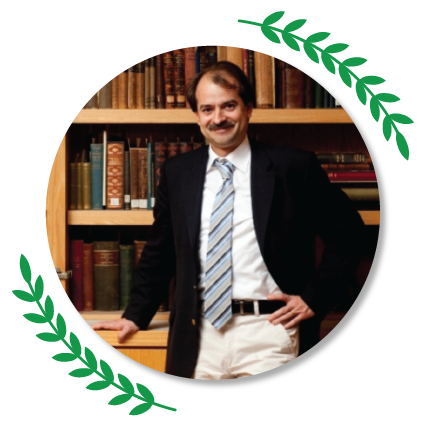 Professor of Medicine, of Epidemiology and Population Health, and (by courtesy) of Biomedical Data Science and of Statistics, Stanford University, Stanford, USA

John P.A. Ioannidis, MD, DSc born August 21, 1965, is a Greek-American physician-scientist, writer and Stanford University professor who has made contributions to evidence-based medicine, epidemiology, and clinical research. Ioannidis studies scientific research itself, meta-research primarily in clinical medicine and the social sciences. Ioannidis's 2005 essay "Why Most Published Research Findings Are False" was the most-accessed article in the history of Public Library of Science as of 2020, with more than 3 million views.

There has been increasing interest in empirical studies to understand the replication and reproducibility of scientific research. With close to 200,000,000 published scholarly documents across science, there is tremendous potential to synthesize the available evidence and to appraise also how research practices are evolving over time. Over 100,000 meta-analyses have tried to synthesize the available evidence across diverse scientific topics – with variable success. These efforts often reveal major biases in the design, conduct, and reporting of research studies in all fields of scientific investigation. Concurrently, targeted reproducibility efforts are trying to see how often high-profile investigations can be successfully reproduced in explicitly designed, repeat experiments and studies. The success rates are consistently low, although some fields perform better than others. A new discipline, meta-research, is integrating efforts to evaluate and improve research practices, including how to do, analyze, evaluate, disseminate, and reward scientific efforts. Work done to-date has highlighted the need for improving the integrity of scientific investigations and for enhancing their credibility through better alignment of the reward system with the standards of high-quality research. The lecture will discuss in brief these evolutions and their relevance to music medicine. 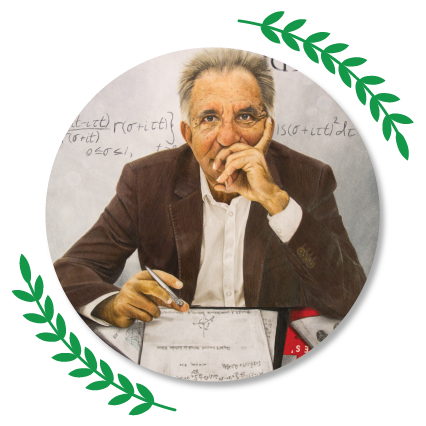 Athanassios S. Fokas is a Greek mathematician, with degrees in Aeronautical Engineering and Medicine. Since 2002, he is Professor of Nonlinear Mathematical Science in the Department of Applied Mathematics and Theoretical Physics (DAMTP) at the University of Cambridge. He has written about symmetries, integrable nonlinear PDEs, Painleve equations and random matrices, models for leukemia and protein folding, electro-magneto-enchephalography, nuclear imaging, and relativistic gravity. He has introduced a new method for solving boundary value problems known as the Fokas method.

At this moment, the first ‘big bang’ takes place: awareness. I will refer to the conscious construction of the percept as its mental image. The generalization of this process gives rise to the first hypothesis: every conscious experience is preceded by an unconscious process.

Many of our evolutionary predecessors possess consciousness. So why do we differ from them qualitatively? Of course, we have the privilege of language, which, enriches enormously our capacity to communicate. Many scholars have highlighted this great gift as the key difference between us and other creatures possessing consciousness. In my opinion, this is not entirely correct. Instead, I propose a second hypothesis: we possess a predisposition to construct real versions of our mental images and our mental representations, or to assign to them specific symbols. I label the emerging constructions or symbols re-representations.

This is the second ‘big bang’ of or mental evolution, which in addition to language, includes the re-representations of mathematics, computers, technology, and arts. It appears that the more direct the passage from the unconscious to re-representations the higher the value of an artistic creation. It will be argued that this is particularly the case for music. 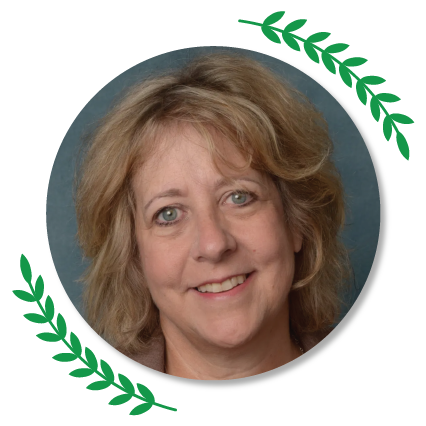 Joanne Loewy DA, LCAT, MT-BC is an author, researcher, international speaker and founding director of the Department of Music Therapy, which she initiated at Mount Sinai Beth Israel in NYC in 1994. In 2005, she initiated the Louis Armstrong Center for Music and Medicine (LACMM), extending in-patient to an out-patient clinic and multi-site research center. She is an Associate Professor at Icahn School of Medicine and a Founding Member of the IAMM. Through investigating music's effects on neonates, adults with cancer, cognitive impairments, trauma, children and adults with asthma, COPD and long hauler COVID, in resilience, sedation, sleep and vitality, she has translated outcomes into clinical services, integrating teams in music and medicine through lectures, editorships and supervised projects. As an author, and editor of several books, co- Editor in Chief along with Ralph Spintge MD of the international, peer reviewed journal 'Music and Medicine', and through extending knowledge of music's potential in treating patients throughout the lifespan, she continues to initiate, consult and advise on the growth of music therapy in hospitals and clinics globally.

Attending to the inherently musical components of our functioning, we might realize that our bodies are comprised of a symphony of sounds that are informed and organized by our brain’s intentionality.  In practicing 28 years alongside medical and psychosocial milieu teams, integrative mechanisms of music and music therapy's potency have shown the critical gestalt of physical, psychological and spiritual aspects of care. Supported by research and clinical outcomes, integrative practice has elucidated the integral ways that music connects our mind/body/spirit. This keynote will highlight significant functional qualities of music in medicine and therapy, and will demonstrate how their integration may be central to our living experience.

Cardiologist, Deputy Director of the Cardiology Section at the Onassis Cardiac Surgery Center, Athens, Greece. Along with medicine, he studied music and today is a recognized composer, writer and pianist in Greece and Europe. In the European medical area, he is considered as a pioneering physician in the clinical application of music medicine & music therapy in the treatment of cardiac patients. He is the author of the (2018) book “Music as Medicine: a biological approach to music medicine interventions”. In 2019 he was honored by the Scientific Academy of Athens, Greece for his scientific work on the contribution of music medicine-music therapy to the care of cardiac patients.

Please notice that members get a significant discount for registration and receive all membership benefits for a year, including access to the Journal Music and Medicine, to all other IAMM events, and other opportunities. Membership fees are as low as $50 USD and we offer financial aid. Click here to join IAMM. Or log in if you are already a member.

Not Ready To Purchase Tickets Yet?

Leave your contact information if you wish to receive updates about the 7th International Conference of the International Association for Music and Medicine in Athens, Greece via email, or contact us here if you have any additional questions! 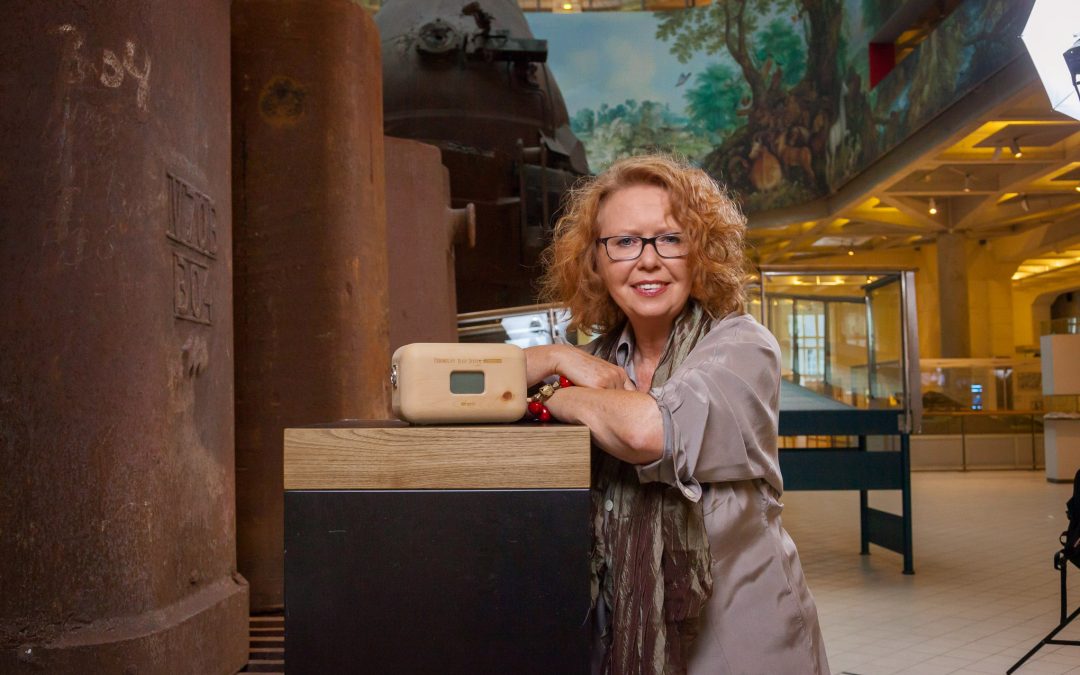 President of the International Music and Arts Research Association Austria and Director Emeritus of the Research Program for Music-Medicine at Paracelsus Medical University.

Vera Brandes, former record producer and founder of multiple record labels, was one of the co-founders of the Science Network Man and Music at the University Mozarteum, Salzburg and former lecturer on culture & media at the University for Applied Sciences in Salzburg, Austria. Vera is CSO of SANOSON in Vienna, Austria and developed I-MAT© (Individualized Music-focussed Audio Therapies) for the treatment of psychosomatic disorders (US patent). 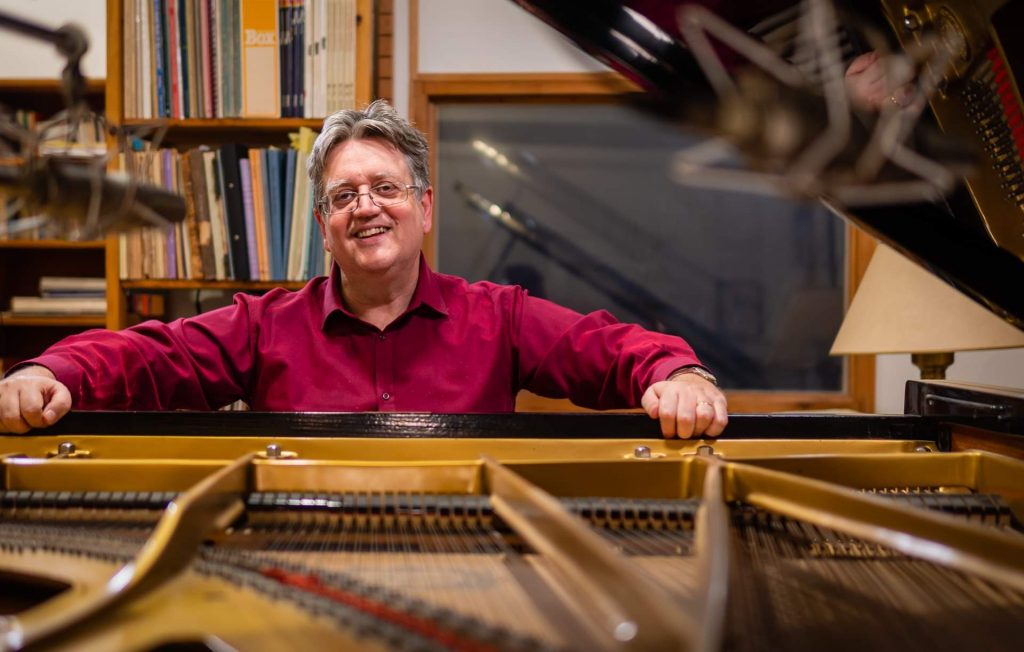 Along with medicine, he studied music and today is a recognized composer, writer and pianist in Greece and Europe. In the European medical area, he is considered as a pioneering physician in the clinical application of music medicine & music therapy in the treatment of cardiac patients. He is the author of the recent (2018) book “Music as Medicine: a biological approach to music medicine interventions”. In 2019 he was honored by the Scientific Academy of Athens, Greece for his scientific work on the contribution of music medicine-music therapy to the care of cardiac patients. 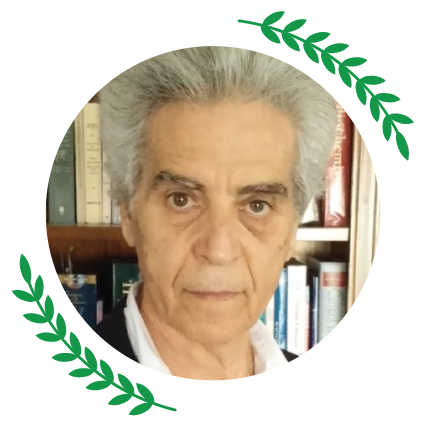 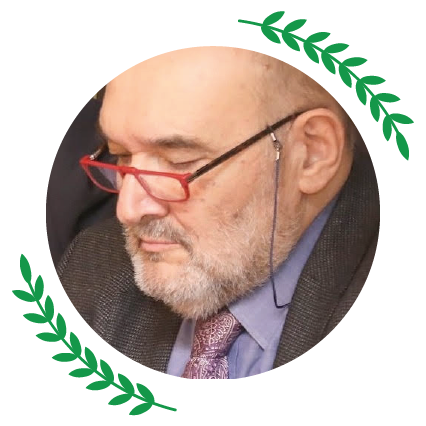 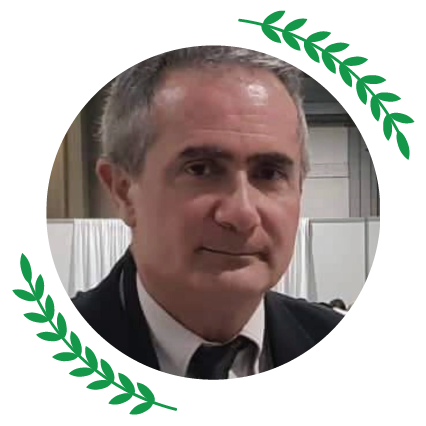 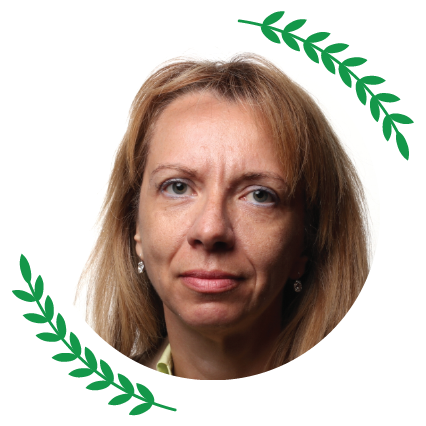 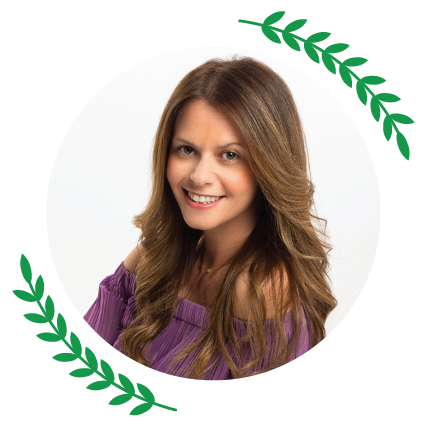 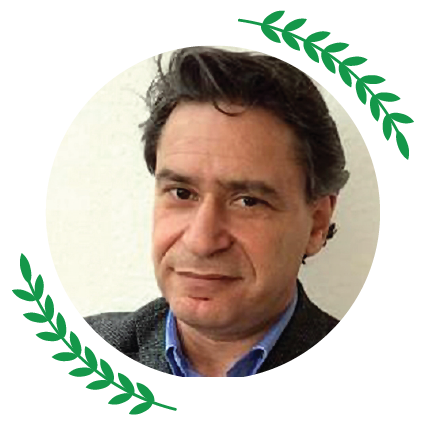 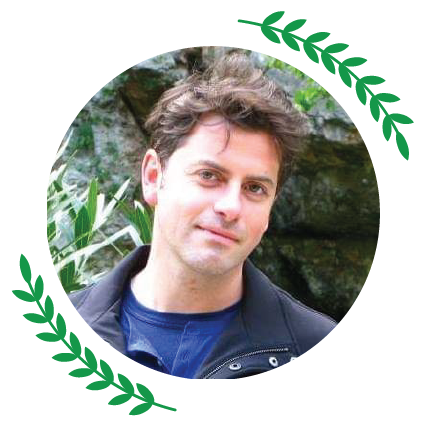 Department of Music Studies, National and Kapodistrian University of Athens 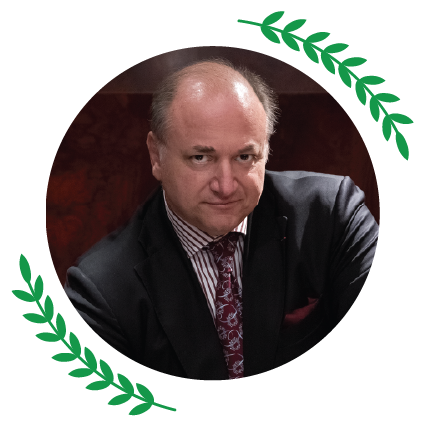 The 7th International Conference of the IAMM is supported by the Onassis Cardiac Surgery Center in Athens, Greece. 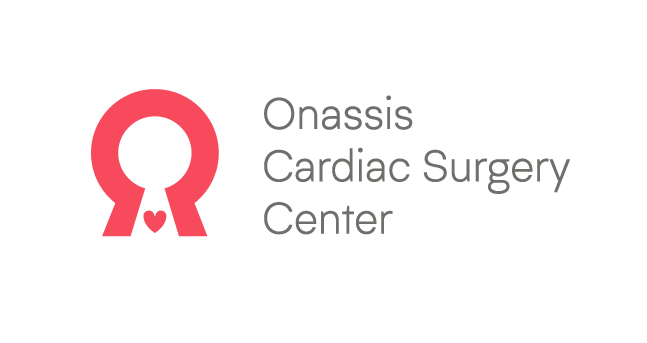 Additionally, we are grateful for the support of the following individuals in making this conference a success: