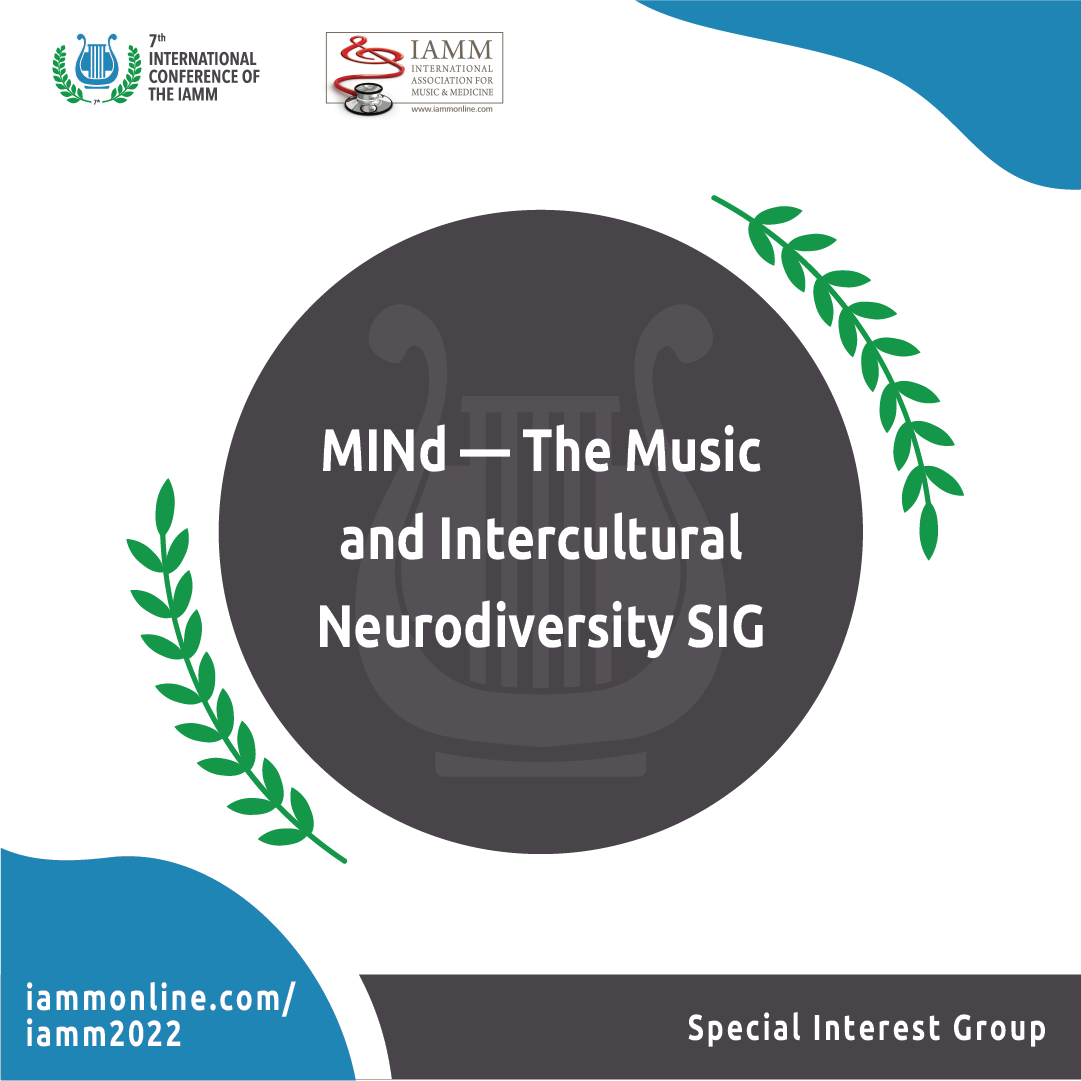 For its IAMM debut at the 2022 conference, IAMM’s new Music and Intercultural Diversity (MINd) SIG will offer an enlightening 90-minute online roundtable featuring presentations by six exceptional neurodivergent musicians, followed by open discussion and audience Q&A. The roundtable, titled “Speaking for Ourselves: Neurodivergent Perspectives on Music and Neurodiversity,” will be moderated by two of the SIG’s three co-chairs, Michael Bakan (Professor of Ethnomusicology at Florida State University and author of the 2021 Oxford University Press book Music & Autism: Speaking for Ourselves) and Niyati Dhokai (Research Associate Professor at George Mason University and Program Director for the Veterans and the Arts Initiative at GMU’s Hylton Performing Arts Center). MINd’s third co-chair, Jennifer Msumba, will be one of the six presenters. 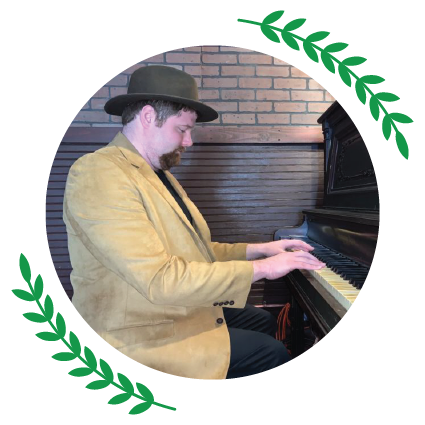 Matthew Cravener is an autistic composer and pianist who specializes in scoring music for film and television. He took up the piano at age four and by six was being recognized by local media outlets as a child prodigy. By 14, he had released two solo piano CDs; at 16, he shifted his primary attention to film scoring. Matthew has composed the scores for 19 movies released by Red Eye Film Productions, including several that have garnered awards. Highlights of his scoring career include the 7-part Amazon Prime miniseries Deathless, the multiple award-winning Front Burner, and the acclaimed short film I Will Not Say His Name. Recent and current projects include the feature film A Day in the Life and the immersive theatrical play The Savannah Underground. In 2018, Matthew was selected as Statewide Young Soloist of the Year by arts4all Florida. 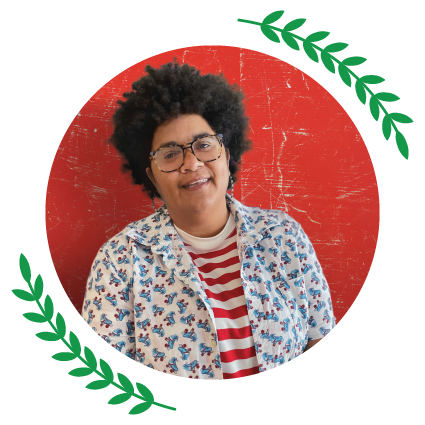 Jennifer Msumba is an autistic singer-songwriter, thoughtful storyteller, and co-chair of IAMM’s Music and Intercultural Neurodiversity (MINd) SIG. Author of the memoir Shouting At Leaves, Jennifer uses her pen to express those feelings that we all share but often find hard to express. Her music is positive, fun, and upbeat while weaving a baseline of grit and strength born through adversity. Jennifer shines an infectious light wherever she goes and will warm your heart with her music. She is an award-winning documentary filmmaker and, with Michael Bakan, has performed and given presentations at institutions including Michigan State, Florida State, and Duquesne (Divergent Musicalities Symposium) universities. 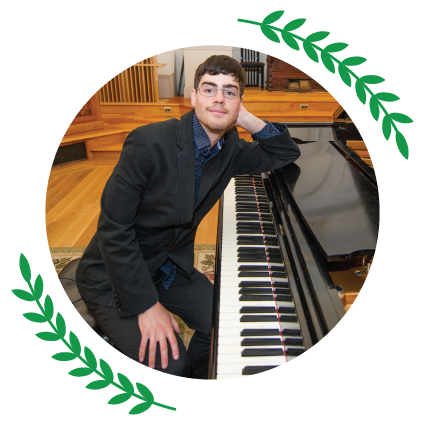 Matt Savage has had a remarkable 20-year professional career as a jazz pianist, bandleader, and composer. Diagnosed with an autism spectrum condition at age 3 and hailed as a “jazz prodigy” at 8—the year he also met and played for jazz legend Dave Brubeck—he debuted at New York’s famed Blue Note jazz club at the age of 11 and has since toured the world with performances at venues ranging from Carnegie Hall and the Kennedy Center to the Monterey and New Orleans jazz festivals. Along the way, Matt has performed with a veritable who’s-who of luminaries from the worlds of jazz and beyond, including Chick Corea, Wynton Marsalis, Terri Lyne Carrington, Bobby Watson, Chaka Khan, Neil Young, and Jackson Browne. He is a graduate of the Berklee College of Music and holds a Master’s degree from the Manhattan School of Music. He is also an award-winning composer, whose works include the score for the documentary film The Sound of Redemption: The Frank Morgan Story (2018), and he has released more than a dozen albums, including the Matt Savage Groove Experiment’s 2018 debut EP, Splash Variations. 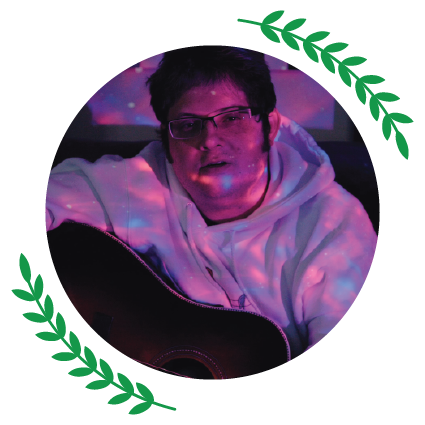 Jim Schwartz (they/them) is a full-time academic (humanities) and a musical artist working on their first studio album. They have been playing guitar and writing songs since the age of 10 and performing their music publicly for the last six years.

Shiv Sharma (they/them) is a neurodivergent percussionist and arts advocate currently based in the Washington, DC, area. Shiv is a first-year Arts Management Master’s degree candidate at American University. They hope to use their passion for creativity and wellness to advocate for healthier arts ecosystems and communities. 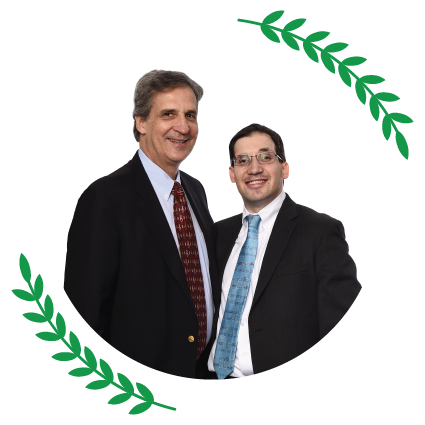 Daniel Trush is the co-founder of and inspiration for Daniel’s Music Foundation (DMF). A talented songwriter and performer, he coined the name of the foundation’s key performance indicator, the “Smile-O-Meter,” which focuses on changes in attitude and outlook reported by the musicians who participate in DMF programs. Daniel’s father and co-presenter, Ken Trush, co-founded and chairs DMF, was the creative visionary for The Danny Awards—an annual celebration of musical talent from around the world—and is the driving force behind the DMF Virtual Community, an online platform where individuals with disabilities can explore, learn and celebrate the joy of music together.

Click on the images to read more about the participants.