Music and Medicine Vol 14, No 4: Article Feature and Table of Contents

Impact of music therapy and the influence of Indian classical music on the extracellular status of endocrine markers in pregnant women: A review

Pregnancy and childbirth are regarded as unique experiences bestowed upon women. Pregnancy is a vulnerable stage that is virtually synonymous with constant changes and upheaval in the state of mind and body occurring over the gestation period. The variegated emotions that a first-time mother experiences is superimposed with anxiety, excitement, and happiness as well as accompanying fears of labor and childbirth. Each trimester brings along with it a wide gamut of changes in the mothers’ physical, biological & psychological states along with the ability to cope with the weight of the newborn child. Not only does the mother possess her own body and mind to take care of, but she also has to receive the constant advice and recommendations from family and well-wishers on topics related to pregnancy, childbirth and post-partum experiences. This acquires special relevance in the Indian cultural context where conservative practices are still very much in vogue, despite various advancements in science and improved literacy rate. This review will provide available literature on stress and the endocrine markers during pregnancy. With a focus on the use of music, evidence on music’s effects and uses of music therapy will aim to provide insights into the future implications of its potency in pregnancy.

Can you provide an overview of the article and the topics it explores?

The paper starts with exploring the use of music as and in therapy with women during lactation. It also explains what causes stress in humans and tries to enumerate the mechanism from a psycho neuroendocrine perspective. Stress is explained during pregnancy, and in general causing physical, psychological, emotional responses and hence causing a negative outcome over a period of time. The paper takes into consideration the studies with women during their pre, peri as well as post pregnancy and attempts to expand and explores the hormones responsible for lactation (Majorly Oxytocin which helps with the flow of milk and prolactin which helps with production of breastmilk, though there are other markers as well).

Now, Stress is normally enumerated in terms of cortisol and catecholamine as stress hormones and is directly connected to and expressed through the fight or flight mechanism of a stressful event.  However, oxidative stress has never been explored within the concept of music and from my reading in the past few years, still in research in many other areas as well. That is an addition to the paper to dig into and would hopefully bring the theory and background of oxidative stress and its consequent effects. I was introduced to this term for my Doctoral study, and it was a very interesting part of my learning which involved having to delve more into biochemistry and biological sciences.  Whatever the outcome of the study, I am positive there will be some data that may open the space to understand what its effects are on our body and if music can have an effect on it.

The various dimensions of psycho neuro endocrine research of music in literature is discussed in the paper, which is still not hugely explored due to the fact that expertise to understand biochemical parameters as well as funding are a prerequisite in order to plan research on biochemical and inflammatory markers.

Finally, India has many traditional healing systems, however, there is a huge gap in the scientific literature to explain the use of the system of music already existing here. The literature available is sparse and widely on certain aspects of the raga system in the Indian context. The paper attempts to explain a bit of the history and the structure of the classical music system that exists and some literature available and have existed from 100s of years back. The paper hopefully compiled the gist of how Indian classical music has been used in current times. We still have decades to go to make a dent in the understanding of how and why it has an effect or not and how.

What was the impetus for writing this article?

The main aim was to enumerate the parameters that my doctoral study is based on. The study records hormonal changes and stress markers during lactation. During many of the discussions for the study various other markers were taken to test stress apart from cortisol which has been established as a stress hormone. Finally,  the hormones  that we settled upon were oxytocin and prolactin which are the major players in lactating mothers and oxidative stress and the marker to study it is termed as lipid peroxidation.

Understanding stress is of utmost importance as it affects every aspect of our lives and can have lasting effects and sometimes, effects that cannot be reversed. Understanding the mechanisms of the endocrine and the neuroendocrine systems as well as the mechanism of role of music in and as therapy is crucial to build evidence for music therapy. Being part of a health university, it has been possible to venture into research in the biological areas of evidence creation. The paper touches upon only the tip of the iceberg and many more such articles are needed  to understand how music has a role to play.

The study I am currently doing is on serum samples of lactating mothers after normal delivery. Oxidative stress is another marker for me to venture into and that I can safely say that there are no studies conducted on oxidative stress in labour and lactation. Writing this paper has given me insights into many areas as well as more questions that popup as to how and why music may influence them. I believe whatever the result from the study will only add to literature and more understanding of the stress factor.

What future research or areas of exploration would benefit the field and application of what was discussed in this article?

Understanding the change in emotional and psychological wellbeing is a major area that is being explored currently. As of now there are various studies using psychometric tools to understand the perception of the change that occurs, for example in anxiety, fear, depression for example. Opening our views to the changes that occur in the biological system opens space to really learn more and to reduce bias of the need to create evidence. We know music can alter our moods. Further studies could allow us to understand how music helps us to change our moods and regulate our emotions.

For example, we have the BRECVEMA scale, which explains the 7 mechanisms of Brain stem reflexes, Rhythmic entrainment, Evaluative conditioning, Contagion, Visual imagery, Episodic memory, Musical expectancy, and Aesthetic judgment. As explained by Koelsh Stegeman in their paper in 2012, music evoked neurological correlates that have been discovered and can be the point where we could start to understand the endocrinological system, autonomic and the immune system of the body in terms of music. As explained in my paper, there is a connection with the brain and its neuro chemical counterpart’s communication with the HPA (hypothalamus, pituitary, adrenal axis) which clearly shows the connections of the thalamus with the pituitary gland and the adrenal.

Another area that has great potential is the music of India and incorporating the traditional healing systems into health care and music therapy practice. The list is just endless. While it excites me to think of the potentials, hopefully with time, expertise and funding would be available for music therapists to explore and add scientific knowledge to the society.

How do you think this article impacts the current understanding of music and medicine?

As I work in a health sciences university that is connected to a hospital within its premises, I come across doubts and clear non acceptance of music interventions from almost a good amount of clinical personnel. Scientific literature and research would be the best way to get through that community of professionals and help us get past these hurdles.

Evidence is crucial to take the future work in music therapy or music and medicine within the area of pregnancy and lactation. The same applies to all other areas of stress and its responses on the human mind and body. As important as it has become to understand the brain and the process with music in the brain, the other leg is the endocrine system which is the biological aspect of explaining the effect of music on stress and its consequence on us. It is safe to say that there is a lacunae in literature that explains the endocrine mechanisms in connection to the process.

There is enough literature to say that our body is an integrated system of the brain, body and all the internal systems and when all these systems work together in harmony, it’s termed as homeostasis that brings about a balanced functionality of a human being. However, understanding the biological perspective is complex with hormonal changes & inflammatory markers to name a few. There are scientific reviews on these areas, but sparse in scientific studies. This paper has tried to shed a bit of light in certain areas for future research from the biopsychological perspective.

She has a post graduate diploma in Music therapy, Master’s in Medical Music Therapy and currently is a Ph.D. Research scholar in Music Therapy. She has a fellowship in Palliative care.

She actively practices music therapy, coordinates and supervises clinical practice as well as practicum of music therapy. With an ardent interest in research, she has presented her work at the WCMT in 2017 and 2014 and has a few publications to her credit in the areas of Pediatrics, Gynaecology, procedural support, psychiatry, ICU caretakers in a hospital setting. As part of community music therapy, she has experience working with the geriatric population, children with cancer, children with special needs and the transgender community. With her interest in research, she now has around 8 publications (in various clinical populations) and one book chapter on music therapy and colonialism. She is right now guidong 3 music therapy masters students and students from other disciplines that are planning on use of music in their studies such as dental, MBBSand nursing.

Music in the lobby: Listener and performer perspectives of a hospital Visiting Artists Series (VAS)

Impact of music therapy and the influence of Indian classical music on the extracellular status of endocrine markers in pregnant women: A Review

Brief Report – Where music meets medicine: The first international conference ‘Science and Sounds’ in conjunction with founding the new Centre for Music Medicine and Music Therapy at the University Medical Centre Hamburg-Eppendorf, Germany 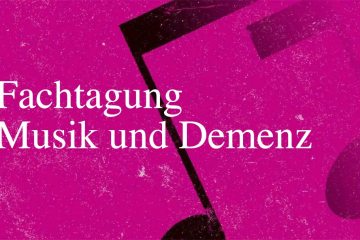 Hamburg was the host for the third edition of the “Musik und Demenz Fachtagung” (Music and Dementia Symposium) in Germany. Not only was this event rich in presentations and workshops from around the country (and Read more…

Who am I? My name is Kyurim (Kyu) Kang, and I am a postdoctoral research fellow at the Johns Hopkins Center for Music and Medicine. My interest in the brain and music has grown after Read more… 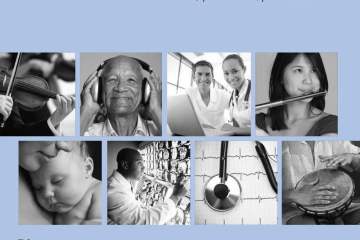 Music and Medicine Vol 13, No 4: Article Feature and Table of Contents