A journey of music in medicine – the painless story of anaesthesiologist Dr. Fred Schwartz

This blog post is based on Dr. Schwarz’s published article in Music and Medicine, Vol 11, Issue 4, pp. 256-261. His piece relays his experience of the role music can play in medicine and medical settings.

Fred Schwartz is a visionary anaesthesiologist. In 1979 he entered into a world of older surgeons whose experience and success he felt impeded communication with their anaesthesiologists. He could see the challenges facing medical professionals in general and specifically in the OR.

It all began with the simple question of what kind of music they liked but it had a profound effect; not only were the surgeons more communicative and respectful, music played during surgery also improved their mood and performance. The selections ranged from Mozart, to Sinatra, to new age – enabling the surgeons to also become more centred and relaxed.

The beginnings of a communication revolution

In the beginning, a portable tape cassette player was the weapon of choice. This developed into a rolling anaesthesia cart. Dr. Schwartz went further by rolling his cart into the obstetric suite, playing music to patients undergoing C-sections. He noticed giving the mothers a choice of music for their procedure was a great distraction to the potential pain and complications of surgery. Mothers who listened to music wondrously needed lower doses of sedation to reach relaxation post-operatively.

The music also served as a means of blanketing the loud and cacophonous sounds of the OR and an easier time coming into and out of sedation.

What music choices were the most effective?

It seems that music with personal meaning to the patient had the greatest effect because it facilitated a connection with a previous listening experience and the associated emotional response. The positive emotional response meant the music could elicit this response again, thereby reducing stress.

In music therapy, entrainment is used to match the client’s emotional and physical state, then changing the tempo and rhythms to alter this and effect emotion modulation. The anaesthesiologist can employ these techniques to effect similar changes – the voice can be used to enable a more meditative state and one can use music in the OR when the patient is not yet or is still sedated. Guided visualisations of a relaxing place is another technique described.

The role of emotions in the OR

Patients go through negative psychological experiences including anxiety, depression, sleep deprivation and loss of orientation. This can have physiologic consequences including tachycardia, hypertension, decreases immune function, slower healing and increased use of pharmacological intervention. Music has the potential to restore Autonomic Nervous System balance and increase Heart Rate Variability in medical patients.

A central music system, a system with ten broadcasting channels was set up at Piedmont Hospital. Music was now accessible in all operating rooms, pre- and post-operative areas, obstetrics areas, Medical and surgical ICUs among others. It could also be delivered through headphones to some patients in open areas.

Music is chosen for the patient when they are conscious but when sedated, the choice and amplitude are to serve the surgeons, using it to help themselves and the team get into the flow. To avoid the music masking important alarms during a critical moment, the Canary Box is one invention which intelligently automatically controls the volume of the OR music during a potential emergency.

A small study with cardiac patients showed that when relaxing piano music and then patient-preferred music was played post-operatively, less narcotics and sedatives were required, with patients also being discharged from the ICU earlier.

Home is where the heart is

80% of women hold their newborns on the left side of their chest, over their heart, regardless of left or right handed dominance. Dr. Salk, in the 1960s, showed that the mother’s heartbeat rhythm soothed the infants and aided faster weight gain.

Combining fetal blood flow recordings and a musical rendition of what a mother’s singing may sound like to the unborn fetus, the CD “Transitions” was born.

It had a dramatic effect on the newborns’ oxygen levels in agitated preterm infants.

Using music with preterm infants and in NICUs has grown with the help of colleagues and pioneers such as Dr. Ralph Spintge, Dr. Joanne Loewy and other pioneers such as Helen Shoemark, Jayne Standley and Monika Nocker-Ribaupierre.

The beginnings of IAMM

Dr. Schwartz finishes his reflection by describing the beginnings of the Association in 2009, with members from around the globe representing doctors, nurses, music therapists and musicians with a shared goal of developing theory based on practice and initiating discussion and participation in the dialogue. The journal Music and Medicine aims to collect the diverse and scattered knowledge on all topics one can imagine under that title. 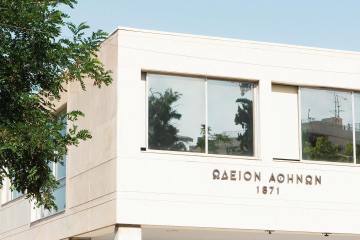 From Antiquity To The Present, Music Continues To Make A Difference

The 7th International Conference of the IAMM brought together professionals from fields as diverse as biology, philosophy, musicology, neuroscience, music therapy, and music performance. It is not that often that one can be inspired by Read more…

Music and Medicine Vol 14, No 3: Article Feature and Table of Contents

Disclaimer: The views expressed herein are those of the authors and do not necessarily reflect the official policy of the Department of Defense or the U.S. Government. The opinions contained herein represent the private views Read more…