IAMM With You: In Conversation With Siva Kumar 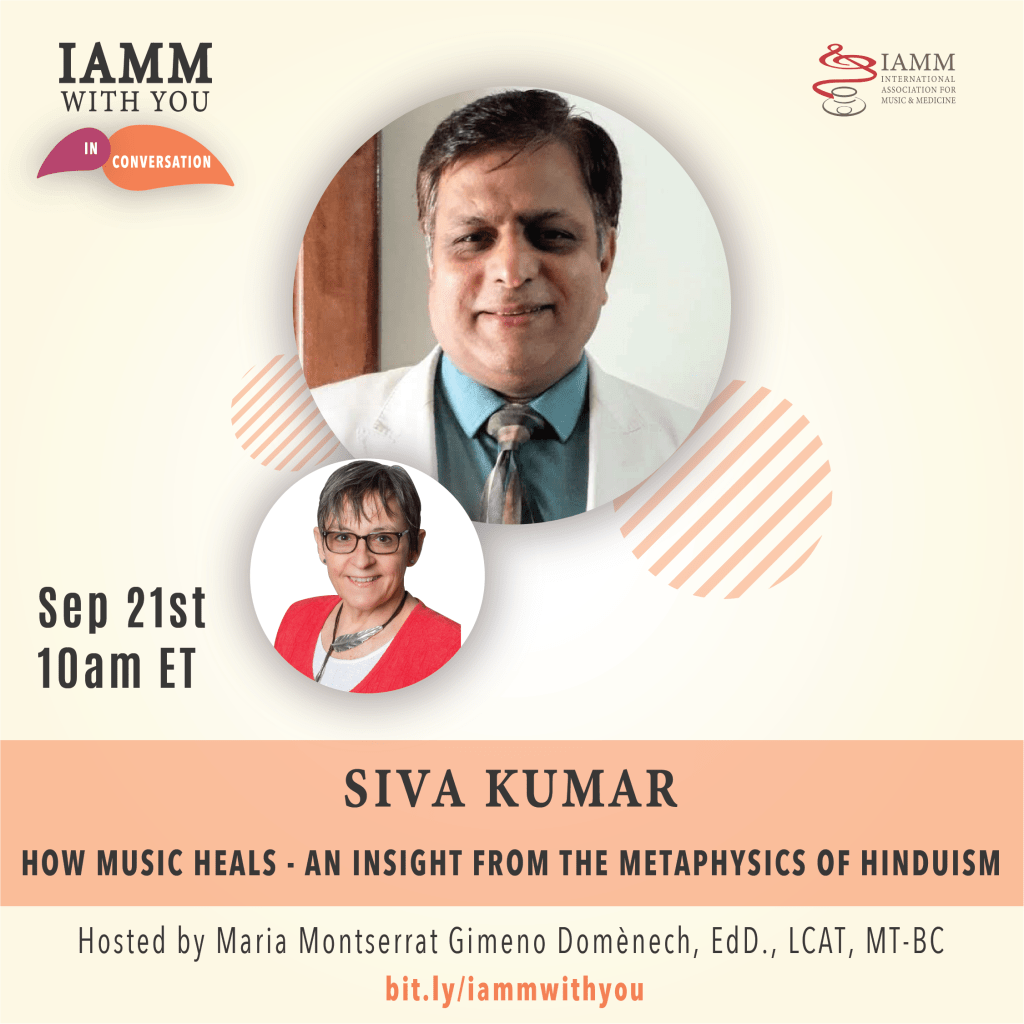 Every person has the potential to heal themselves by discovering and abiding in the Spiritual dimension. Music is perhaps the most easily accessible route to reach this destination. That’s why, a strong role for music in all religious and spiritual traditions across various cultures throughout the ages could be discerned. However, an awareness regarding the mechanism of its working is very important to sustain the gains. Like a map being perused before the actual visit, the role of music in the scheme of things needs to be understood well. In Eastern philosophy, especially Indian, being perhaps among the oldest asserts the individual mind as the centre of the universe. Once this background canvas is experientially established, the individual personality and the world revealed through the mind get realized as separate un-entangled entities.

To reiterate, the revealing non-localized intelligence, which is the essence of oneself, is thereafter known as something not entangled in the enormous and confusing visible panaroma. This clarity affords real and absolute freedom that enables healing to happen at all levels. Music is perhaps the most easiest and endearing means for the mind to become lucid enough to experience and abide in this dimension. In this presentation, an attempt shall be made to decipher a few relevant verses of scriptural instructions enunciated by someone universally acknowledged as the greatest sage of the 20th century, Ramana Maharishi, whom the father of psychoanalysis Carl Jung glorified as the “whitest spot in the white space”. Come, let’s explore this dimension together!

Siva Kumar currently, is associated with the Research Department at Amrita Institute of Medical Sciences in Kerala, South India, the institution inspired by globally acclaimed spiritual leader Mata Amritanandamayi Devi. He is a post-graduate with M.Phil degree in life sciences and worked in the biopharmaceutical and medical diagnostics industry for over two decades earlier including heading the organization’s corporate training institution as well. He has been disseminating the teachings of Ramana Maharishi for the past several years. He cherishes teaching Indian philosophical thoughts to post-graduate students of Clinical Psychology and value education classes to undergraduates at the healthcare campus of this leading university. He firmly believes that humanity has no option but to evolve to the higher spiritual consciousness in order to establish genuine peace in a world where expanding competitive cultural and religious boundaries cause friction.

This event will be hosted by Maria Montserrat Gimeno Domènech, EdD., LCAT, MT-BC, a member of IAMM’s Board of Directors.

Please note that IAMM members do not need to register and will automatically receive a Zoom link for this event. For questions email sgracida@iammonline.com.